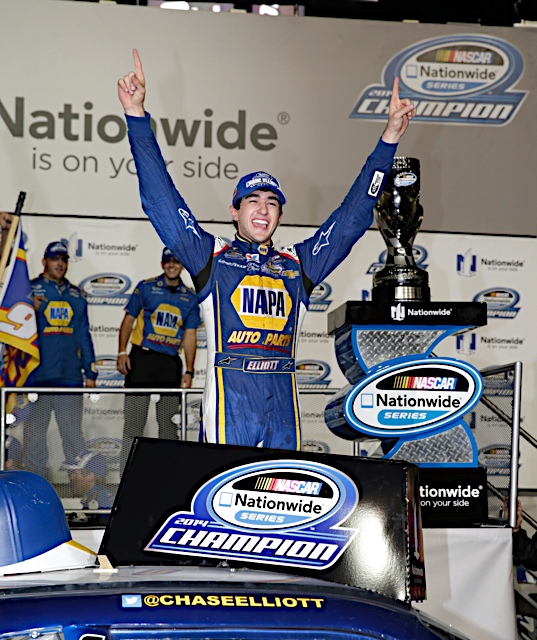 A week out from the end of the NASCAR Nationwide Series season at Phoenix Raceway, Chase became the youngest champion in NASCAR national series history.  In doing so, Chase became the first rookie to wear the Nationwide Series crown since the circuit’s infancy. And he also followed his father’s footsteps to become part of just the fifth father-son duo to claim a NASCAR national series title.

His father Bill remarked: “I think this is above everything that I’ve accomplished because that’s kind of in the past, and this is him living for his future.”

Chase later claimed the championship trophy the next race weekend at Homestead-Miami Speedway at the season finale.