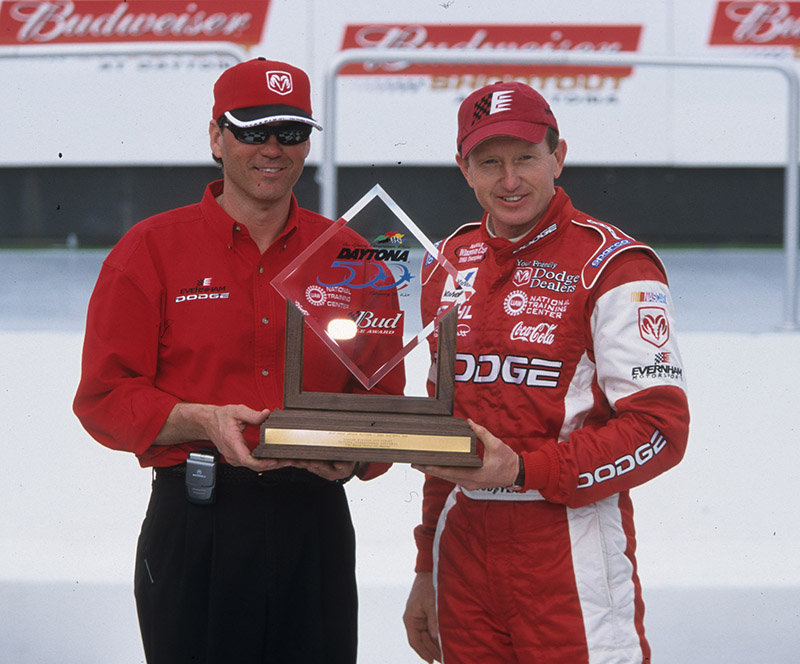 Driving for Dodge in the manufacturer’s first race back to NASCAR after a 20-year hiatus,  Bill Elliott raced to the pole at the Daytona 500 as the driver of the #9 Dodge Dealers for new team Evernham Motorsports owned by Ray Evernham. A week later, Elliott would finish in fifth place in the race most known for the  fatal crash of Dale Earnhardt.